A spoiler-free discussion on the game's single-player, including insight from its design director

Call of Duty: Modern Warfare launches tonight on PS4, and at a recent Activision-hosted event, I was able to play through the game’s campaign in its entirety. I won’t spoil anything directly here, but I will discuss some of the themes Infinity Ward explores and narrative techniques they employ.

With that said, Modern Warfare’s campaign is a ruthless gut-punch of a journey that confronts players with a series of difficult truths and instills an impressive level of empathy for its characters.

The restraint and maturity present in Modern Warfare’s narrative, coupled with the respect its writers show for its subject matter, mean that while certain scenes made me feel uncomfortable, that discomfort was always in the service of a greater purpose.

Infinity Ward wastes no time confronting players with these challenging scenarios: an early, extremely time-sensitive moral quandary deftly illustrates that hesitation in the face of crisis can get you and those around you killed. Morals take a back seat here, not out of a crass disregard for human empathy, but out of necessity. “The needs of the many,” as they say. 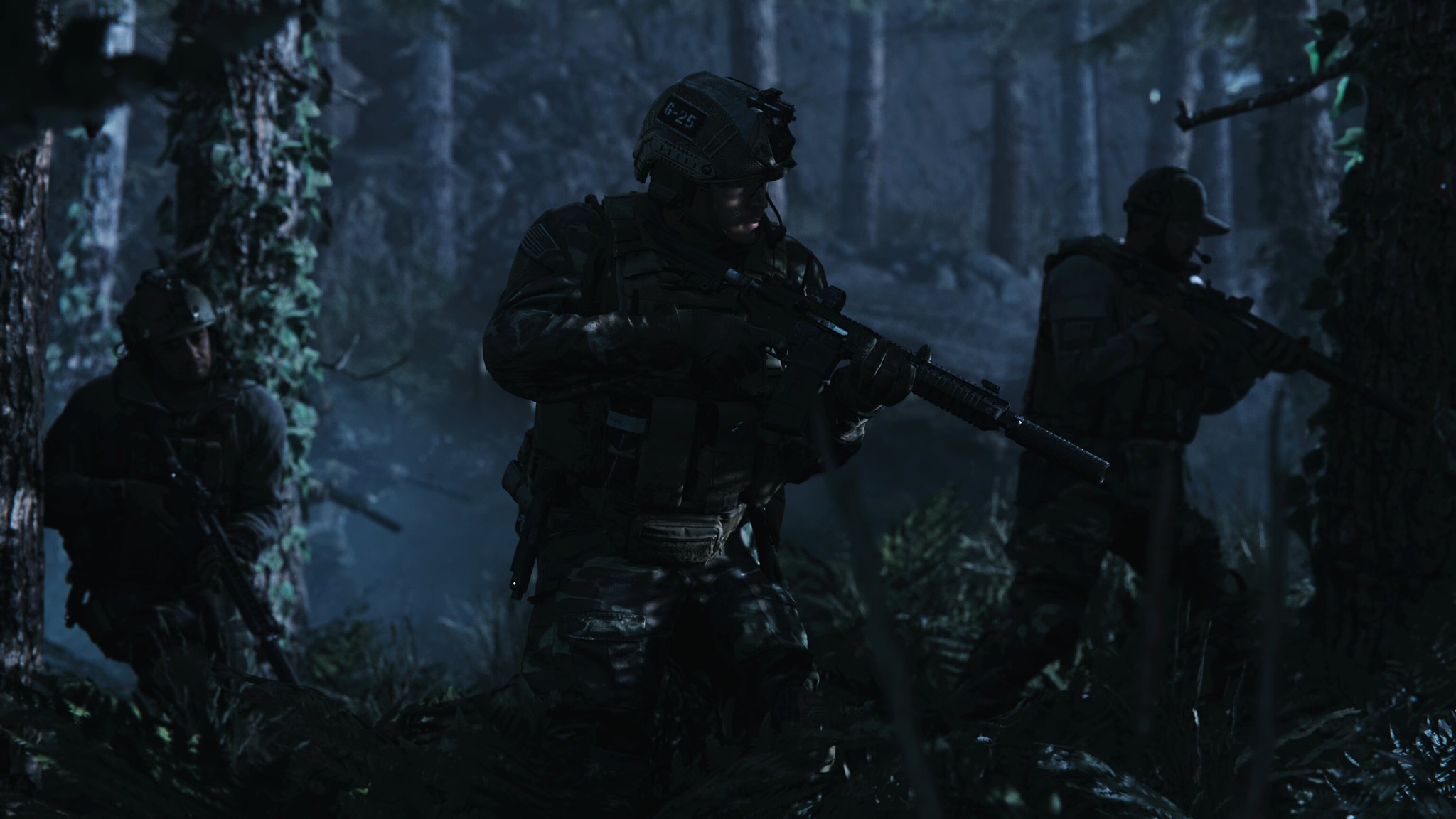 How does Infinity Ward approach such delicate subject matter? “With great care and research,” says Jakob Minkoff, Modern Warfare’s single-player design director. “Every step of the way we would ask ourselves ‘What feels responsible? What feels accurate? What feels authentic? And conversely, what feels offensive? What, if we didn’t show it or tried to wash over it, would feel disrespectful?”

For my money, the most powerful moment in the campaign comes around the halfway point and forces you to understand the origins of one character’s motives in an emotionally taxing flashback sequence recounting an invasion of their childhood home.

Various moments throughout this story challenge players to confront uncomfortable realities and reconcile the uncertainty of war — its participants most often occupy shades of gray, rather than clean-cut black and white boundaries — but after this scene I had to step away and take a walk before getting back into things.

I asked Minkoff about Infinity Ward’s approach to building this scene: “You can’t just drop the player into these things,” he explains. “You have to earn it. If we just dropped that at the front of the game, you wouldn’t be bought into that character’s journey and story, and you wouldn’t be bought into the kind of gameplay we ask of you. We’ve given you a bunch of your more ‘core’ gameplay leading up to that, so now you’re ready for that type of experience.” 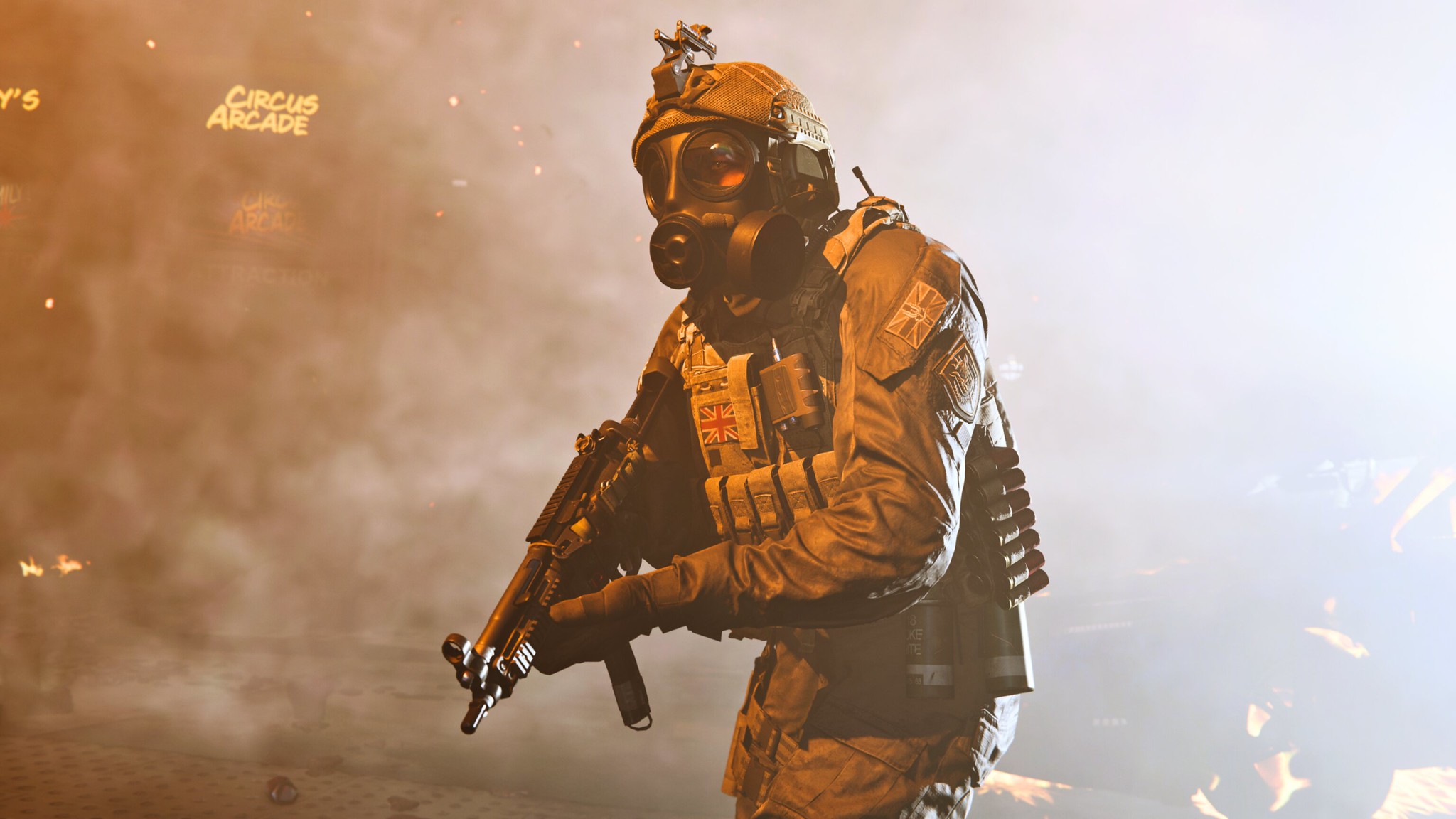 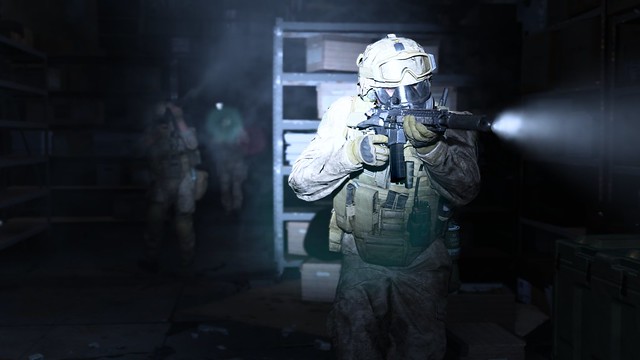 An impressive narrative decision on Infinity Ward’s part comes later in the campaign, organically and seamlessly giving players the opportunity to sit out of a scene they might not feel comfortable participating in.

After some stage-setting, it becomes clear that you’re about to be asked to do something that… doesn’t feel right. “You don’t have to do this,” assures another character once the time comes. “Are you in or out?” The game doesn’t judge you for passing here; a quick fade to black and you’re moving on.

In addition to the narrative, Modern Warfare’s gameplay shines, too. Weapons have a weighty, kinetic feel that further drive home that these are people — not superhuman killing machines — wielding powerful, terrifying tools of destruction. And since you are, in fact, a person, running headlong into danger is a surefire way to get yourself killed.

Whether you’re executing an NVG-supplemented nighttime raid or fighting to escape an enemy ambush, all it takes is a couple well-placed bullets to send you back to your last checkpoint, so it’s more important than ever to check those corners.

I played on “Regular” difficulty and, while I’m a competent-enough FPS player, it gave me a run for my money. Throughout this campaign, patience and a plan will outweigh pure gunskill.

“It’s higher tension — higher stakes,” explains Minkoff. “It’s not just ‘shoot anything that moves,’ but at the same time, because you’re in such tight quarters, because you have limited visibility, because the enemy knows the space and you don’t, the lethality is so much higher.

“That’s another thing, mechanically, we decided to do. A lot of games have gotten more and more arcadey, they’ve gotten more that you can run ‘n gun, run into a space and absorb a bunch of bullets… Price used to say ‘Check those corners!’ but you didn’t actually have to. In Modern Warfare, you do.” 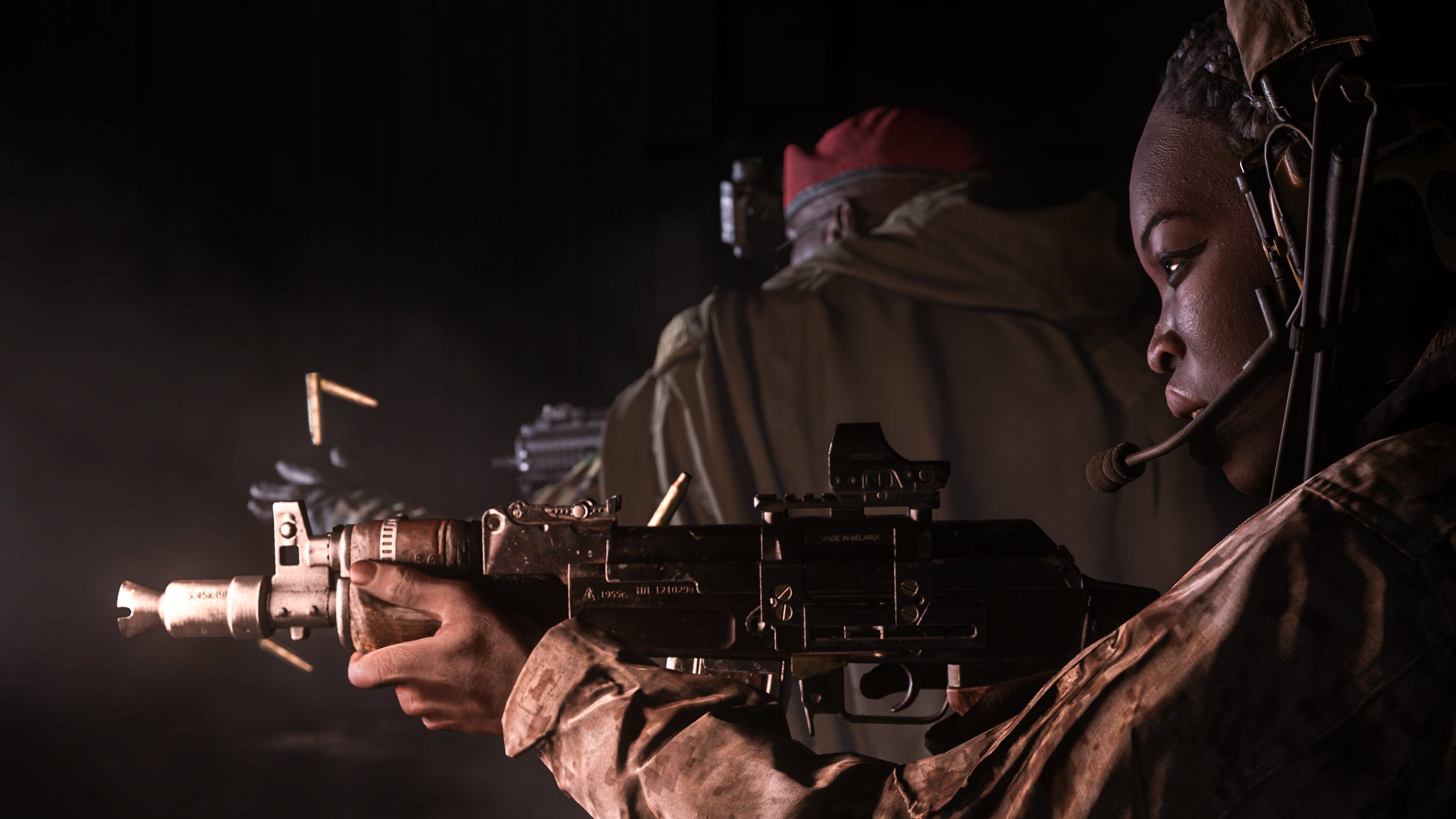 Amplifying the game’s immersive nature, Infinity Ward relies on radio chatter and other organic ways to convey information to the player, rather than lighting up the screen with extraneous markers and waypoints.

An early mission instructs the player to look through a scope to mark enemies occupying a nearby encampment — okay, par for the course so far — but instead of highlighting enemies and letting the player track them through walls, this is simply vocal intel conveyed matter-of-factly to your team (and to you, if you’re paying attention).

This early example sets the tone for the level of realism Infinity Ward grounded the full campaign in.

Of course, if you’re not sure where you should be headed all it takes is a quick tap of your Dualshock 4’s touchpad to bring up a visual indicator that will point you in the right direction — an interface element Infinity Ward iterated to perfection thanks to technology that allowed them to track the movement of focus testers’ eyes.

“If it just appeared at the edge of the screen, I could tell that players never saw it,” says Zied Rieke, gameplay director on Modern Warfare. “Once we made it move, we could see that they followed that motion — they immediately got it.”

The campaign’s pacing is impeccable, too. You’ll rarely be faced with a loading screen (unless you die) and impressively animated cutscenes transition seamlessly into gameplay, meaning you won’t have as many excuses to mindlessly reach for your phone while waiting for a mission to load.

Asked whether this was an intentional goal the team set out to achieve when beginning development on Modern Warfare, Minkoff replied with a grin: “Hell yeah. Loading screens are the worst.” 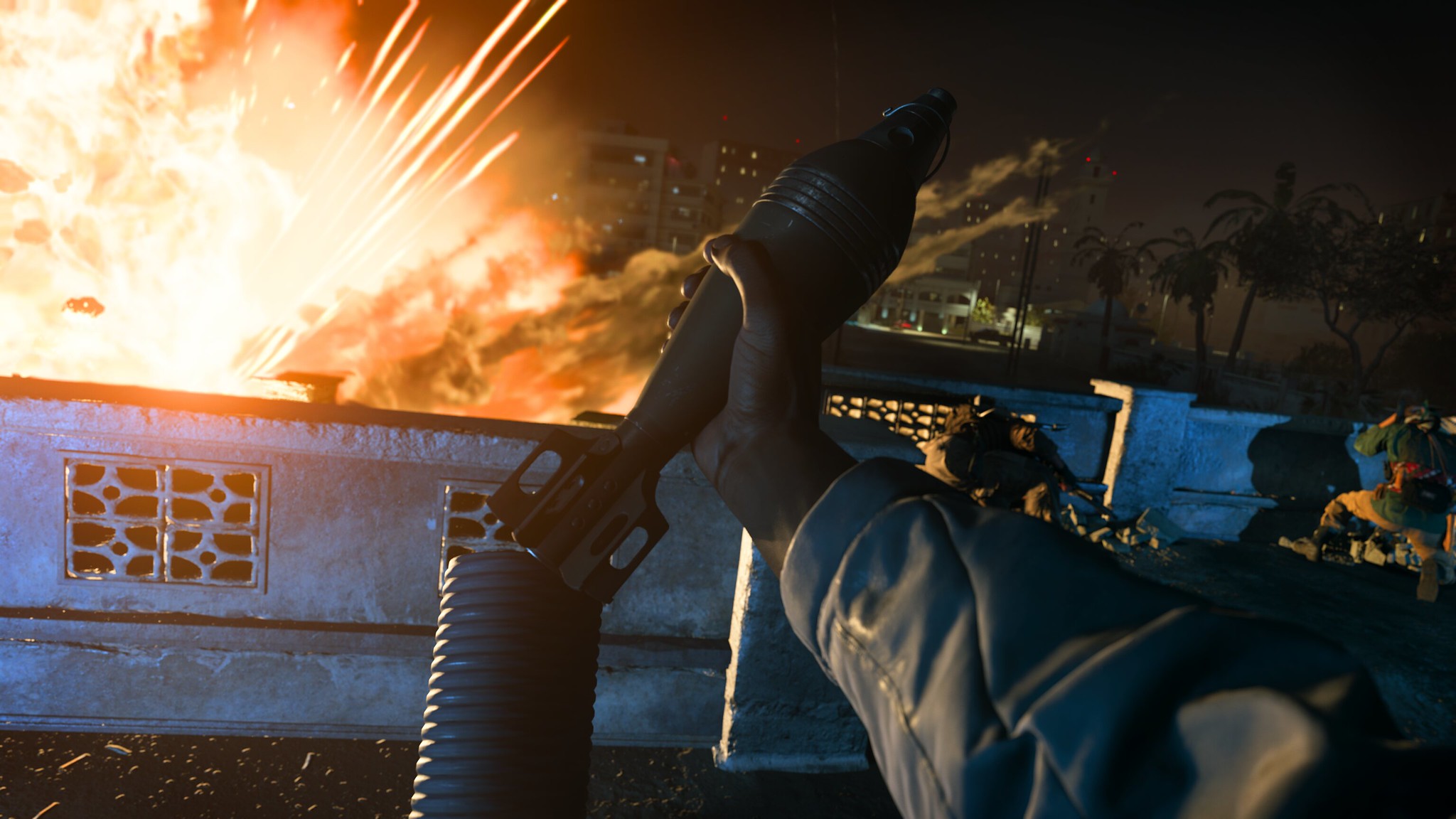 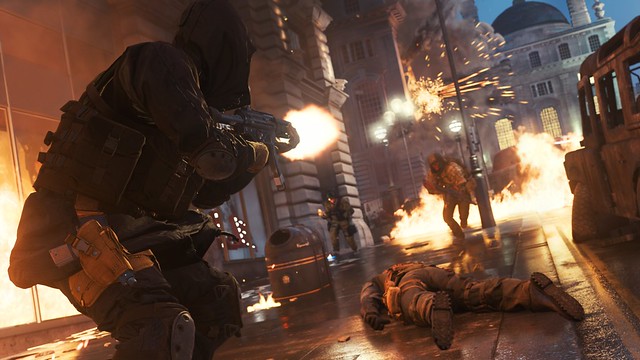 This all adds up to an immersive, technically impressive, harrowing depiction of the cost of war on an international level — and a personal one.

“We don’t believe that any of the characters in this game are wholly right or wrong,” posits Minkoff. “We believe that every one of them occupies a moral gray area. You can have characters you’re rooting for, but you’re only rooting for them because you’ve been presented their side of the story.

“At the end of the day, we believe that’s the true nature of the world: None of our hands are clean, no matter which country you work for or live in.” 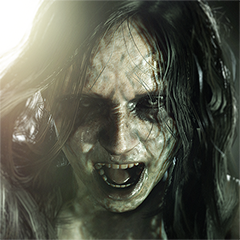 First COD I have purchased since Advanced Warfare…hopefully it won’t disappoint.

Not gonna buy this one, the map design is really boring and the sound is still terrible and thats two big issues for me. Hope everyone else enjoy it tho, will keep an eye out on streams from time to time, maybe they add something that will make me get it :) 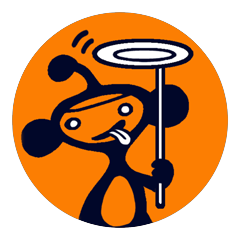 But I am very much worried how to access when I am travelling. But thanks to manson he save my holidays by providing the best solution. He suggested me Pure vpn to use for accessing other regions for port forwarding ad to remain safe on DDos attacks.

Cold steel 3 for me! Very excited for this, shame about the timing for outer worlds, just too soon after CS3 and too close to Death stranding. Next year for sure