How Doctor Who: The Edge of Time brings the show’s iconic monsters to life in PS VR

When presented with the opportunity to work with an expansive franchise such as Doctor Who, deciding where to begin can easily become a daunting task.

After weeks of research involving copious amounts of reading and episode-watching (in fairness, it’s a serious perk of my job!), we presented three possible routes to take for this PS VR experience.

On one end of the spectrum, a classic Who-focused concept involving fan-favourite characters, and the other end looking into the new show direction and incarnation of the Doctor. We all agreed on the latter and to fit in somewhere after series 11 but with some classic monsters along the way. One of these was a definite must-have… 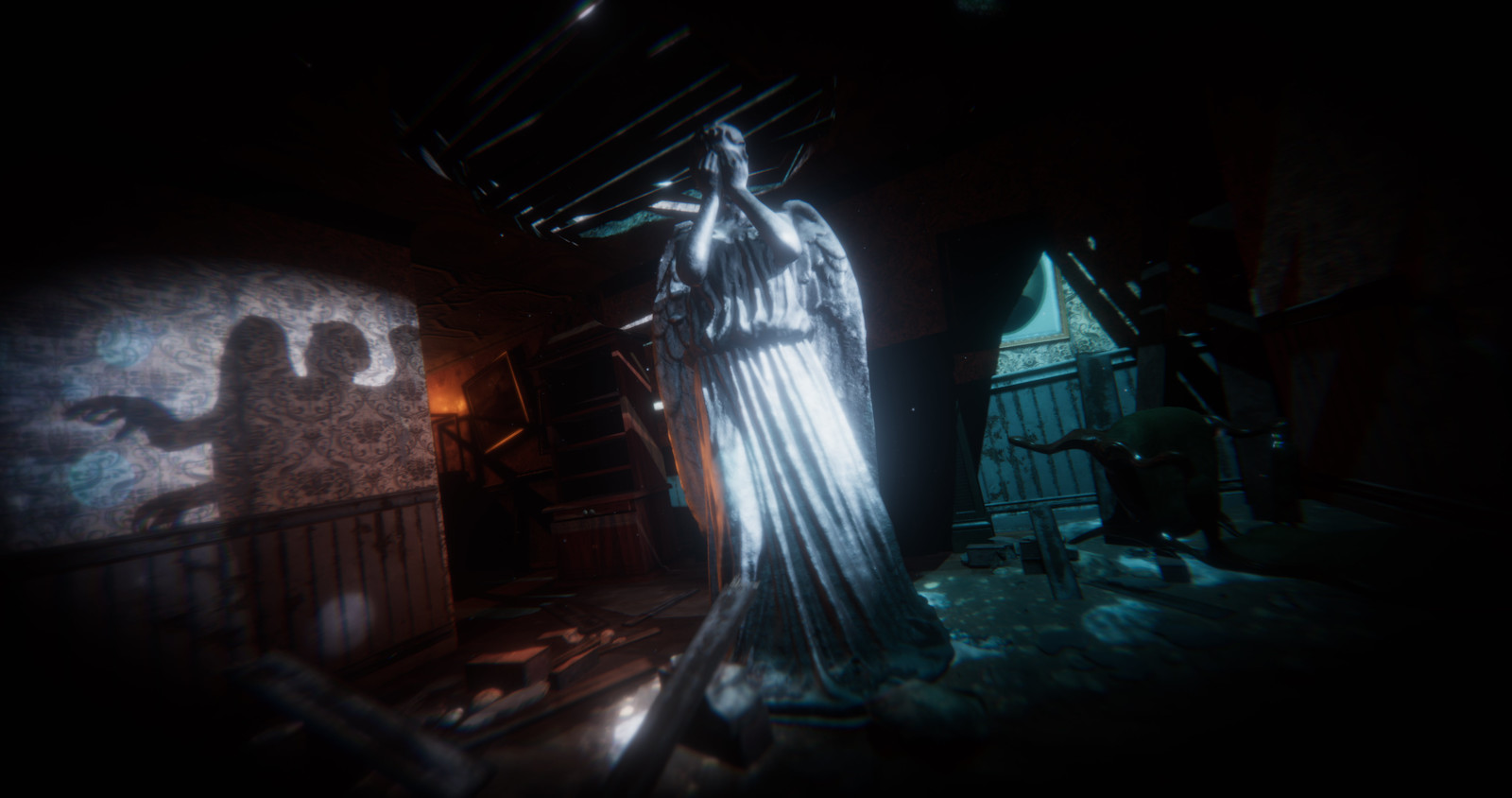 The Weeping Angels – mysterious predators who move very quickly and silently towards their prey when unobserved, but become “quantum locked” and freeze when observed.

Originally inspired by playground games such as Statues, Red Light Green Light, and Grandmother’s Footsteps, it’s perfect for the medium of VR, which uses a player’s head rotation and probably the only way you could actually get to experience their terror outside of the screen. 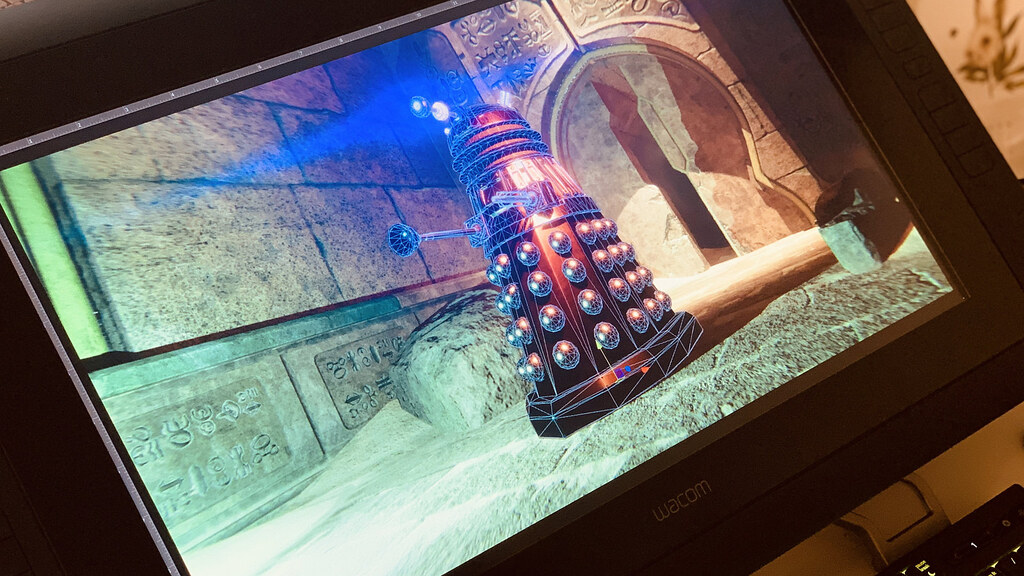 We love the Angels episodes and they’re behind the reason we got to work on this project initially. In 2017, we invited the BBC into the studio to try an early concept demo of a VR experience we were working on.

From there we started talking about Doctor Who and how well the show translated into this new medium. At its best, VR acts like a teleportation device allowing players to travel to distant worlds, faraway places and go on incredible adventures in space and time. It was obvious to us straight away in that meeting that Doctor Who would translate into a perfect VR title.

By chance, The Doctor Who Experience, a live attraction in Cardiff that documented the show’s 55-year history and exhibited many of its props, sets, and characters was about to close. We got talking about photogrammetry and next thing you know we were down in Cardiff creating a digital record of the whole experience. It’s all on a hard drive in our office.

With access to a wealth of incredible data, we couldn’t help ourselves and made a Weeping Angels demo in VR, and things just snowballed from there. 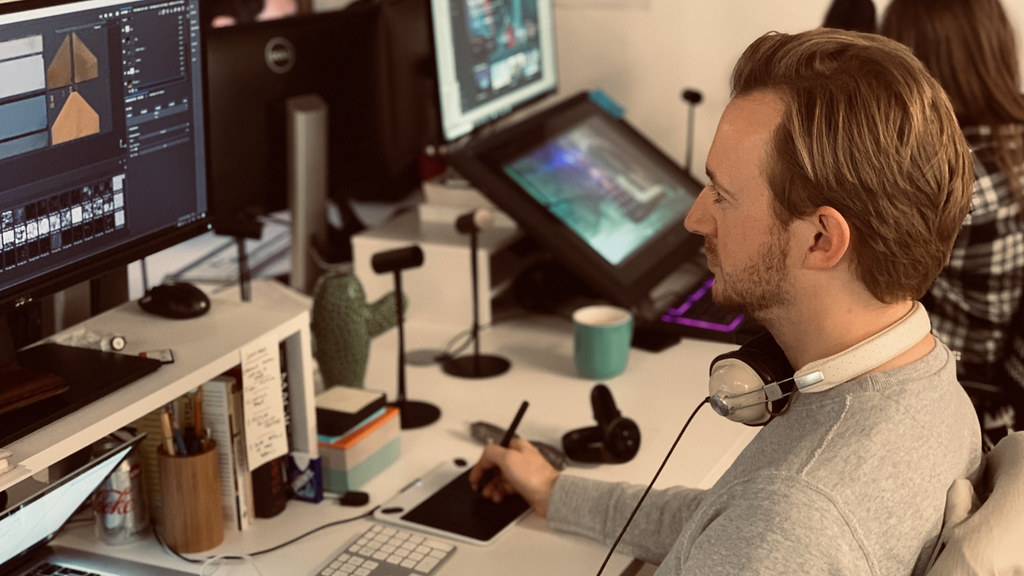 One of the main challenges was how to balance the timings of looking away and how quickly the Angels advance in turn. In the show’s lore, they can move incredibly fast but in gameplay that can prove incredibly frustrating.

There’s a balance between the distance they need to travel and the tension that ensues. We’re also playing with lighting just to add to the fear — if you’re suddenly dropped into darkness, they can change tactics and adjust their pathway.

On the other hand, if all you do is stand on a spot and stare at a statue, then you’re looking at the world’s longest standoff. This means we have to keep the player on their toes, making you interact with items that require you to change direction. Then it’s about the setup of the scene, the environment and the accompanying sound effects from the show to make it feel authentic.

The Angel models themselves are based on the original outfits from the show’s costume archives which were scanned through photogrammetry techniques to match as closely as possible.

Doctor Who: The Edge of Time releases tomorrow, 12th November for Playstation VR and we can’t wait for you to jump in the Tardis and take it for a spin.

As a Doctor Who fan this makes me almost wish I had PSVR but the cost and the actual issues I had using the device at the computer museum put me off buying one. VR ain’t for me. But I’d like to watch someone else play this. :)

What sort of issues?

If it’s a smartphone in a box, then that’s not real VR, not even close.

Not sure what you mean. I used a PSVR. That’s what they had for use at the Computer Museum in Cambridge. I didn’t like it. One I have anxiety issues, and it seems one of many things that I get anxious about is having headgear obstructing my view or even pressed around my head (cycle helmets, even tight hats can make me feel very anxious as stupid as it sounds) and I have issues with first person games whether they’re VR or just on a TV. I don’t get those same problems with third person. :P

but in VR, you’re always in first person, wether as the protagonist or just a cameraman looking over their shoulder…

looking forward to play it 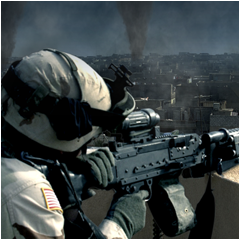 she’s included in my dreams… O:D