Race against the clock to renovate apartments in co-op party game Tools Up!, out tomorrow on PS4

Developer, The Knights of Unity

Greetings from The Knights of Unity! Tomorrow, a big renovation begins as our new title, Tools Up! Releases on Playstation 4! Tools Up! is a couch co-op game where you renovate apartments and work your way to the top of a skyscraper together with up to 4 friends.

During a company party in March of 2018, as we played Overcooked and Gang Beasts again and again, we realised that there are only a few couch co-op games that are easy to learn, but hard to master.

Soooo, we came up with the idea of creating our own couch cooperation game! The problem was that we didn’t have any clue about the theme. We thought about something that would be both funny and easy to understand.

A few days later, our friend Rafał Polito (Sir Politko, Tools Up! Game’s Father) came home, stared at his white walls and thought: If everyone is taking mortgages, buying apartments and finishing them—why don’t we make a game about renovation?

He made the first prototype, we played it and we had a lot of fun! We decided to follow this direction and made Tools Up!—our biggest game so far! :)

Theme? Done. Setting? Done. But what about the art style? Katarzyna Tarnacka (Lady Katarzyn—Tools Up! Art Director) decided to brighten up the game with all the colours of the rainbow instead of the bleak palette you usually see during a renovation. So now it feels a little bit like a colouring book. Fun fact—You won’t find anything black in the whole game!

Last but not least, the gameplay is the most important factor that makes any game stand out. We wanted to make a game that is easy to learn, but hard to master. A game you can play with your kids or grandparents. A game that is challenging, but at the same time won’t stress you out (like a fire in the kitchen). Our solution was to use chaos (evil laugh!) as an integrated part of the gameplay. Spilled paint, trash on the floor, friends blocking your way or stealing a bucket—it all makes each session unique, challenging and entertaining. 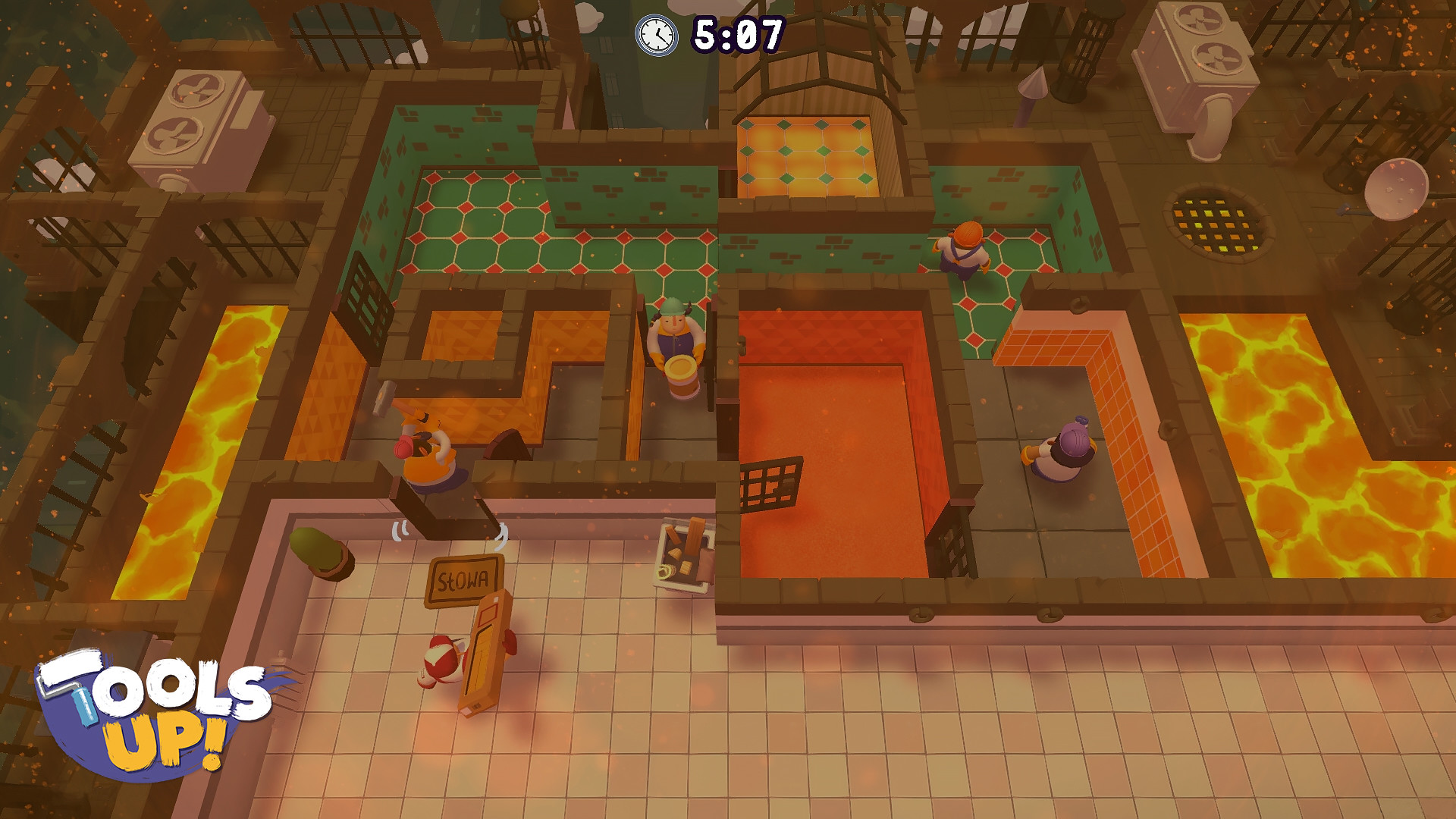 During the development, we played the game with our kids (as young as 2 years old) and our great-grandparents (92!). We showed the game at events on 3 different continents and spoke with almost 1000 people who played it. We are so grateful for all the feedback we received and ideas that we implemented in the game.

In fact, if you give Tools Up! a chance, we would love to hear your feedback, ideas or bug reports (that’s how we can notice and fix most of them;) ) on our Discord server!

So get ready to make a mess and play Tools Up! tomorrow!

Cool, played Overcooked with friends a few weekends ago, lots of fun. Definately gonna check this out for our next gaming night :)