Colossal Order fishes up a new expansion on PS4 for Cities: Skylines

Cities: Skylines game designer Henri Haimakainen shares his thoughts on the development of the new expansion Sunset Harbor, out today

Hello city builders! I’m Henri Haimakainen, Cities: Skylines game designer at Colossal Order. We are excited to bring players on PlayStation 4 a host of new features in the latest Cities: Skylines DLC, Sunset Harbor. I’ll be walking you through the details that you can look forward to including new transportation methods and a brand new industry!

First of all, I want to introduce the core feature of the Sunset Harbor expansion: the Fishing Industry!

The Fishing Industry is a new addition to the industry selection of Cities: Skylines. It is a type of industry separate from the Industries DLC and neither production chain requires the other in order to function. Fishing is such a normal part of any harbor city so it always seemed like a natural fit to add to the game and we were all excited to finally get to do it.

In Sunset Harbor, you take control of the fishing industry in the city and manage everything in the process from simple fishing route planning all the way to final commercial production where you ship your canned fish to stores for profit. You get to decide how you run the whole gamut of nurturing your lovely fish farms on the shoreline to making sure they end up on the plates of your citizens. 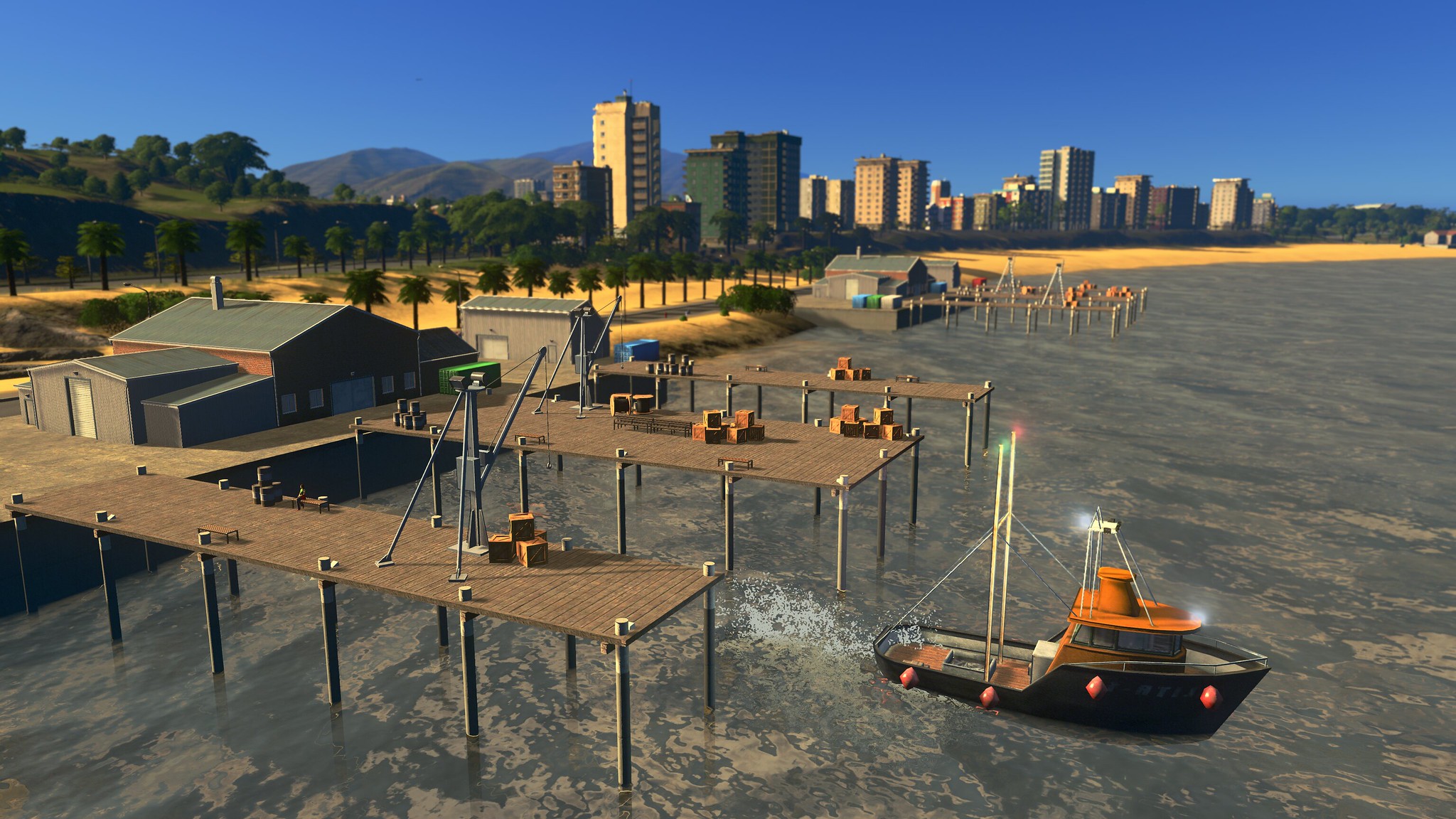 I want to dive into the basics of creating your fishing industry and what to expect when starting up for the first time. In the beginning, you will build a non-specialized Fishing Boat Harbor and define the fishing routes for the boats. Similar to other harbor buildings, the Fishing Harbor comes with a built-in road and has two built-in fishing route nodes from the outset. One will be for outgoing boats and the other is for incoming boats.

From these points, you can create the route with a special fishing route tool. This is where we wanted you to be able to get a little creative and think strategically. You can draw the route as you see fit to connect the two nodes. The route shape and length is entirely up to you, and multiple fishing routes can overlap each other so you really have all the freedom with what you set up. 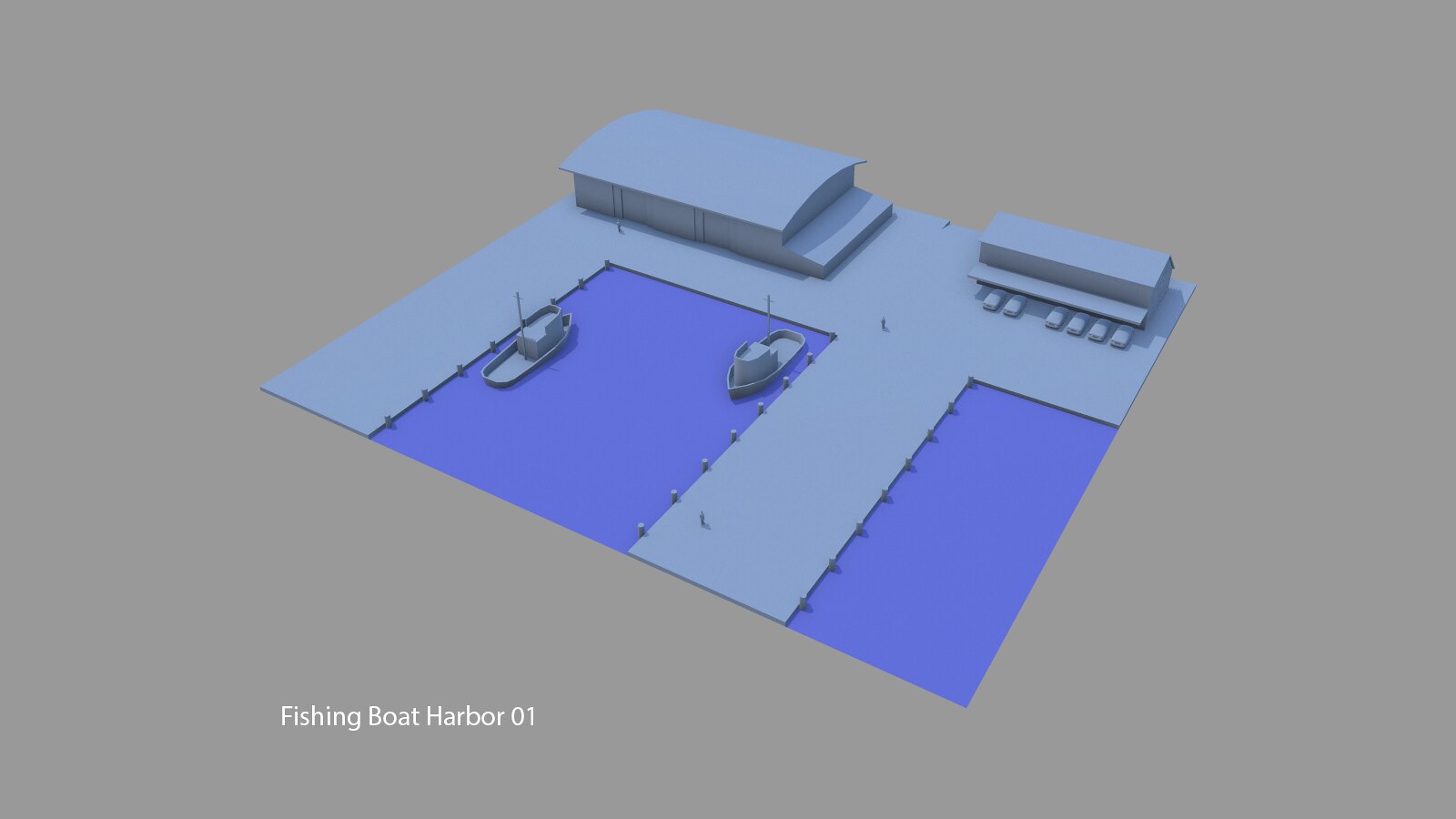 With a completed fishing route and a functioning Fishing Harbor, fishing boats are sent out to catch fish automatically. We kept the catch rates fairly moderate and set the storage capacity to be fairly low but boats are able to catch any kind of fish. We also tweaked the speed of your boats depending on what its current action is. When it is busy catching fish it moves much slower but when it fills up to capacity and heads home, it picks up the pace.

After your filled boats make it back to the harbour you can finally start the packing process, load them up on the fish trucks and export them out to fish markets! Like all of our industries, we really wanted to capture as much of the process of the whole fishing industry as possible to make it feel real and that it has a noticeable impact on the city.

Our programmer Lukas Kallenbach, who was responsible for implementing this feature, and I spent several days figuring out how we could implement the feature without interfering with other industries and that the process would be clear yet meaningful. I am extremely happy with what we came up with and hope everyone will love building this new addition to their city!

For fans of public transportation, we are happy to announce the most requested vehicle is now available in this new expansion! From the day Cities: Skylines was released, our CEO Mariina Hallikainen has pressured us for a new form of transportation: Trolleybuses! It seems our old fans from our mass transit simulation days were shocked to notice trolleys were missing in the vanilla version of the game and as an insult to the injury we implemented trams with Snowfall expansion with no plans to implement trolleys too.

We had debated whether or not they were too difficult to implement or too niche of a feature. I can personally let every player know that we are indeed constantly listening to your feedback. We consider every single idea when we begin deciding new content! The team at Colossal Order is just as interested and excited about public transport as our community. The true reason Trolleybuses were never added prior is due to their technical complexity. These vehicles are “trackless trams,” and draw their power from overhead wires throughout the city. But unlike traditional trams, they use two wires and two poles to complete the electrical circuit and are able to change lanes and stop on the side of the road.

Specifically, the trolley poles are the most tricky part of this entire system. It actually took two programmers, Tai Benvenuti and Felix Schmidt, to take the task on and finally they found a way to overcome the technical challenges, which makes me and the boss happy. Hopefully you as well!

Tai and Felix explains that on every road segment, you will find three catenary masts: One at the start, one in the middle and one at the end. The electrical wires span the masts, and with some mathematical calculations we can find out the start and end coordinate of each wire section. 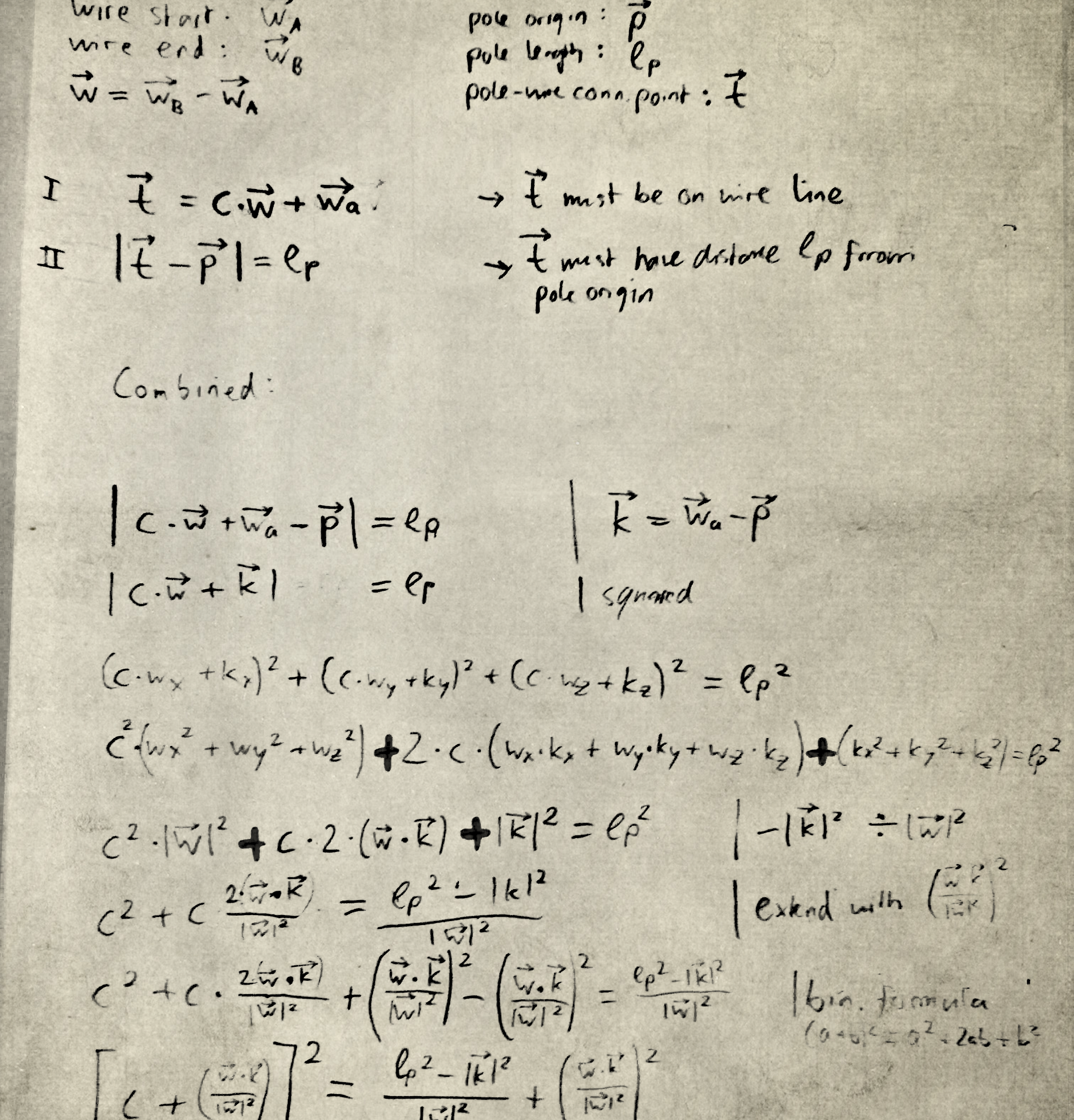 Last but certainly not least, we are introducing Intercity Buses as a public transport service. In addition to transporting tourists, the Intercity Bus Service also makes traveling easier for your citizens and ultimately decreases traffic, as people leave their own vehicles at home. I’m happy with how everything turned out for this new feature. We made sure to add in a brand new intercity bus vehicle model which we are sure our community will enjoy! As an added tip from our team to all the PlayStation 4 city builders out there, be sure to adjust the old bus budget slider to encourage your citizens to use intercity buses more. We want to make sure you can start seeing intercity buses as quickly as possible to ensure your city benefits from this awesome new transportation method!

My team and I put in a lot of thought and care into Sunset Harbor, and we look forward to seeing what the entire Cities: Skylines community on PlayStation 4 creates with all of the new features we’ve added. Besides the new Trolleybuses, Fishing Industry, and Intercity Buses, be sure to check out the other new features and maps we’ve painstakingly crafted just for our city builders!

Can we look forward to Season Pass 3?

That picture with the river looks like Eastenders: The Game. Where are you, Telltale Games, when we need you the most?

Or we could have a Lego Eastenders. That would be something. I’ll even settle for Eastenders skins on Minecraft.

It’s incredible to to get a peek behind the scenes at how much ingenuity, planning, and work goes into every single feature.